There are many kinds of dementia. The most common, and perhaps well known, kind of dementia is Alzheimer’s disease. The second most common is Lewy body dementia (LBD). There are approximately 1 million people in the United States living with LBD. It usually happens in people older than 50 and affects men more often than women, although only slightly. If your older family member has been diagnosed with LBD, knowing more about the disease and its symptoms will help you to be a more effective family caregiver.

Lewy body dementia is a progressive disease, which means that its symptoms get worse over time. The disease is characterized by abnormal clusters of protein in the brain. These clusters are called Lewy bodies. There are two different diagnoses for LBD:

The two diagnoses differ because of the early symptoms. However, they are caused by the same kinds of changes in the brain. As the disease progresses, the two conditions may develop similar symptoms.

Hallucinations: LBD can cause visual hallucinations, which means the senior sees things that aren’t there. Hallucinations involving other senses are also possible, but they aren’t as common.

Cognitive Problems: Thinking problems and memory problems similar to those people with Alzheimer’s disease occur with LBD. The senior may also be confused and have trouble paying attention.

Movement Disorders: LBD can cause physical symptoms similar to those found in Parkinson’s disease, such as moving more slowly, muscle rigidity, and tremor.

Sleep Problems: People with LBD sometimes experience a sleep disorder that causes them to act out their dreams while sleeping.

Autonomic Nervous System Issues: LBD can make it hard for the body to regulate things like blood pressure, pulse, sweating, and other functions. This is because the disease often attacks the part of the central nervous system that regulates such functions.

If your older family member has been diagnosed with LBD, elderly care can assist with providing them the care they need as the disease progresses. An elderly care provider can make certain they are safe and don’t make decisions or do things that could harm them. Elderly care providers can also aid the senior in personal care tasks, like getting dressed, bathing, and eating.

If you or an aging loved one are considering Elderly Care Services in Cambridge MA, or anywhere in Eastern Massachusetts, please call the caring staff at CARE Resolutions – (508) 906-5572. 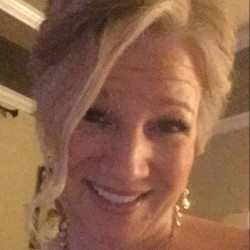 Erica Tomasello, CEO
CEO at Care Resolutions, Eastern Massachusetts
Erica Tomasello, has a background in Education and Clinical Psychology. She has worked with her mother for years, developing Care Resolutions into a premiere agency. Erica, and in turn, the agency's staff, continue to expand their knowledge with the ever growing development of understanding the aging process and geriatric disease. We are a member with Home Care Association of America and NFIB. We are also affiliated with NASW, National Association of Professional and Executive Women, Alzheimer's Partnership, Alzheimer's Association of Mass, MA Council for Home Care Aides.

Use Form Below for Info & Pricing